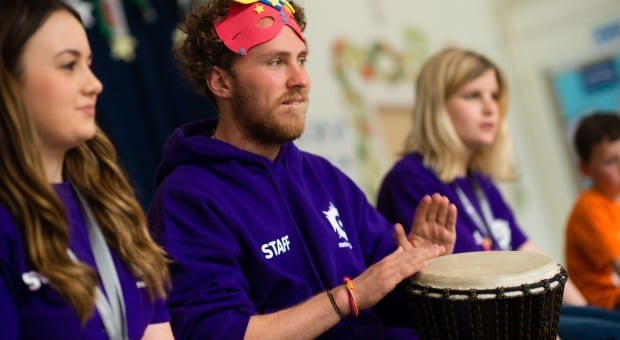 Wednesday, July the 13th, Menter Caerdydd launched  ‘An Assessment of Menter Caerdydd’s economic value to Cardiff’ at the Senedd with Vaughan Gething AM, Alun Davies AM, Minister for Welsh Language and Lifelong Learning and Phil Bale, Leader of the City of Cardiff Council present.

The day to day work of Menter Caerdydd helps the Welsh Government and Cardiff Council implement important policies that attract cross-party support. The aim of the report published today is to demonstrate the value of a wider reach – giving economic value to their work in the capital.

The key findings of the report are as follows –

The Minister for the Welsh Language and Lifelong learning, Alun Davies AM said:

“Bwrw Mlaen” the Welsh Government’s policy statement, provides a focus for the implementation of our Language Strategy between 2014-2016 and acknowledges the need to strengthen the link between the economy and the Welsh language.

We welcome Menter Caerdydd’s efforts to strengthen these links in the capital and the content of this report launched today reinforces this work.”

And Phil Bale, Leader of the City of Cardiff Council said:

“I very much welcome the publication of today’s report which underlines the successful partnership that has existed between the City of Cardiff Council and Menter Caerdydd over the past ten years.

Menter Caerdydd does a fantastic job in showcasing the best of Welsh culture, raising awareness of the language and demonstrating that Welsh is a thriving and vibrant language here in Wales’ capital city.

The council is committed to raising the profile of the Welsh language across the city and we will continue to work with Menter Caerdydd and our other partners to realise our vision of a bilingual Cardiff.”

Menter Caerdydd are confident that the evidence presented in this report outlining the economic value to Cardiff reinforces, that in addition to being the main vehicle to deliver Cardiff Council’s key policy objectives and being a central partner in delivering Welsh Government policy they provide value for money in their work, and also provide economic value to the city.

They look forward to continuing their work over the years ahead.

Visit the Menter Caerdydd website for more information. The report can be found to the right of this post.