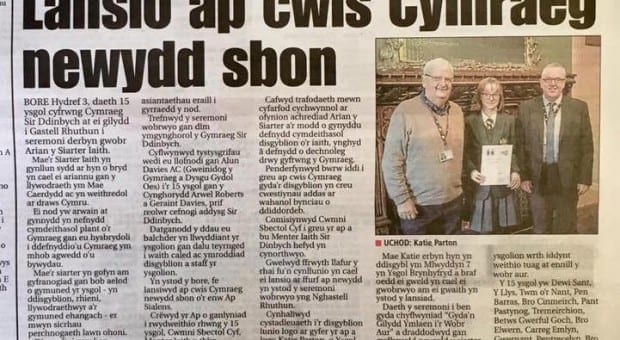 Discussion was held at an initial meeting on the requirements of the Charter accreditation and the way to increase the social use of pupils of the language together with the use of technology through the medium of Welsh. It was decided to create a Welsh Language Quiz with pupils creating appropriate questions on different topics of interest.  Cwmni Sbectol was commissioned to create the app and Menter Iaith Sir Ddinbych was also invited to assist with the work. The designers’ work was launched in the form of a new Ap during the Awards ceremony at Ruthin Castle.

A competition was held for pupils to create a logo for the Ap and the award winning logo was designed by Katie Parton of Ysgol Carreg Emlyn.